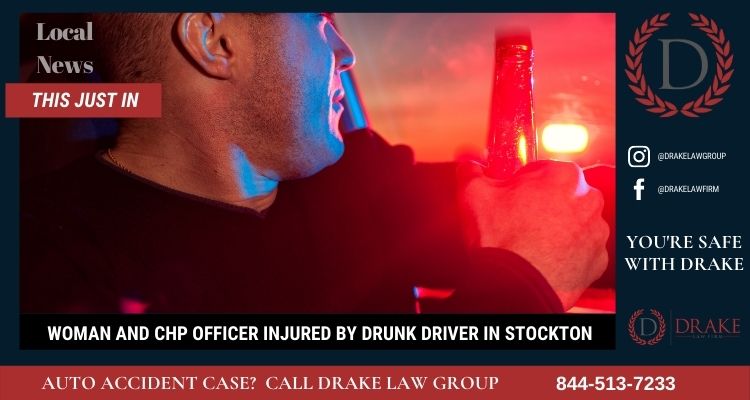 STOCKTON, Calif. (KTXL) — A California Highway Patrol officer and a 25-year-old Stockton woman were injured after being hit by a vehicle on northbound Interstate 5 early Thursday morning.

The officer was assisting a driver around 7:10 a.m. when another driver lost control of his Audi.

Lathrop resident Anthony P. Apodaca, 39, crashed into the woman’s Chevy, then hit the CHP officer, who was out of his vehicle.

The unidentified officer and the woman were transported to local hospitals for minor injuries, CHP reported.

The driver of a third car hit by Apodaca was uninjured.

Apodaca was uninjured and arrested for a violation of a DUI, CHP said.