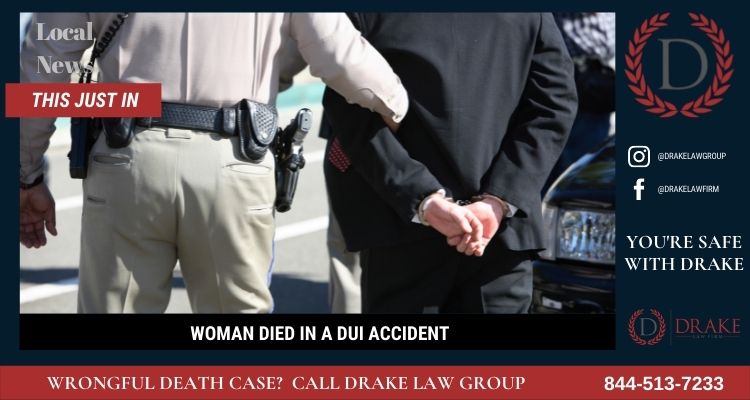 WEST HILLS (CBSLA — One woman was killed in a two-vehicle collision in the West Hills area early Saturday morning.

The incident unfolded at around 6:15 a.m. on Woolsey Canyon Road, when a 57-year-old woman, whose identity has yet to be revealed, drove her Porsche into oncoming traffic. The woman, who was intoxicated at the time of the crash, collided head-on with another vehicle which was driven by a 76-year-old woman, who died at a nearby hospital after succumbing to injuries sustained in the collision.

California Highway Patrol Officer G. Alvarez said that the woman driving the Porsche, identified as Nohemi Harrison of West Hills, “drove her vehicle to the left of the double yellow lines while under the influence alcohol and/or drugs.”

The victim’s identity was not released pending notification of next of kin.

Harrison was arrested after being treated for injuries sustained at a nearby hospital.

Lanes were closed in both directions for nearly five hours as a result of the crash.