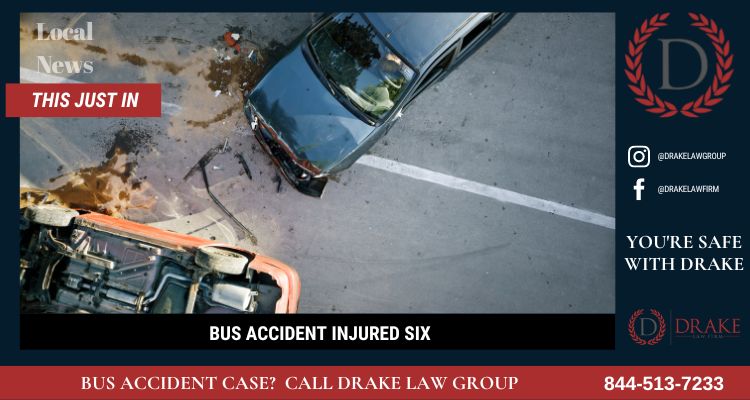 SAN FRANCISCO —Six people were hospitalized, two with critical injuries, after an SUV collided with a city bus in San Francisco, authorities said.

The collision occurred around 11 a.m. Saturday at Lombard and Fillmore streets, said Robert Rueca, a spokesperson for the San Francisco Police Department.

The city fire department said on Twitter that two victims were in critical condition, two had moderate injuries and two were treated for minor injuries.

Witnesses told KGO-TV that a GMC Yukon Denali was speeding in the Marina District when it slammed into a Muni bus, and the impact sent the SUV into another car.

A suspect driver was detained, the news station reported.

The Muni driver was among those injured as well as some bus passengers, Supervisor Catherine Stefani said on social media.