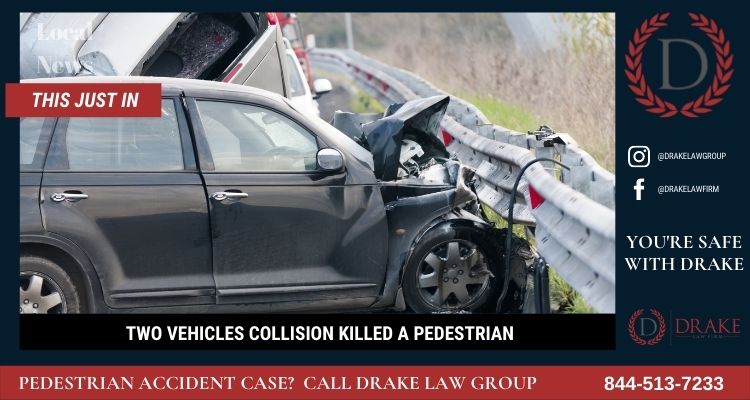 According to the San Jose Police Department, at approximately 6:36 p.m., officers responded to the area of the Capitol Avenue exit off of Interstate Highway 680 to investigate a traffic collision involving two vehicles and a pedestrian.

The preliminary investigation revealed a 2012 BMW sports utility vehicle driven by an adult male was traveling northbound on Capitol Avenue in the number 3 lane. The vehicle had just exited I-680 and was merging onto northbound Capitol Avenue when it struck a female pedestrian.

Police said the pedestrian was not in a marked crosswalk.

The second vehicle, a 2020 Honda SUV, was driving behind the BMW as it exited the freeway. The Honda struck the pedestrian after the initial impact.

Both drivers remained at the scene and were cooperative. Police said there was no indication of drug or alcohol influence on either driver. The female pedestrian, currently unidentified and of unknown age, was declared dead at the scene.

Police said this is the 28th fatal collision, and the 30th traffic death of 2022 in San Jose. It is also the 17th pedestrian fatality. The identity of the victim will be released by the Santa Clara County Coroner’s Office.

Anyone with information on this investigation is urged to contact Detective Aldinger #4183 of the San José Police Department’s Traffic Investigations Unit at 4183@sanjosesca.gov or 408-277-4654. Individuals can submit crime tips and remain anonymous by using the P3TIPS mobile app, calling the tip line at (408) 947-STOP, or on http://www.svcrimestoppers.org.