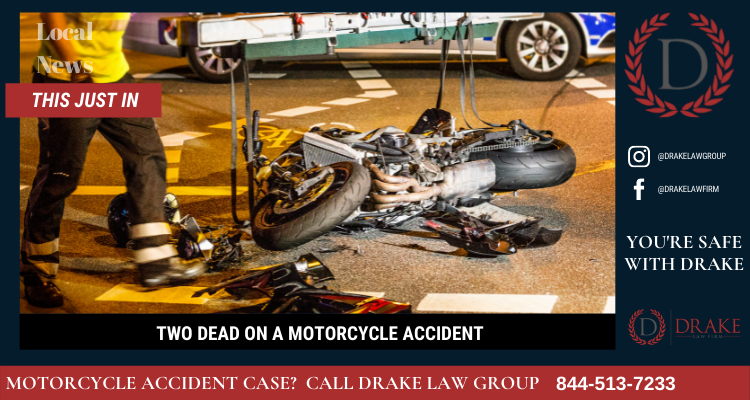 Two dead after Motorcycle collides into car just outside of Madera

MADERA, Calif. (FOX26) — Two people who were hit outside of Madera Wednesday have been pronounced dead.

CHP says the driver of a 2011 Hyundai slowed his vehicle as he approached Island Dr. and began to make a left turn, directly into the path of a 2016 Harley Davidson.

It is unknown at this time why the driver did not see the motorcycle.

The front of the Hyundai crashed into the Harley causing a 67-year-old man and a 63-year-old woman to be ejected.

The Harley driver was transported by Skylife to Community Reginal Medical Center in Fresno where he later died.

The passenger was taken to Madera Community Hospital where she too died.

State Route 145 traffic was diverted around the collision scene for about one hour.

No charges have been filed at this time and police say alcohol and drugs were not a factor in this crash.