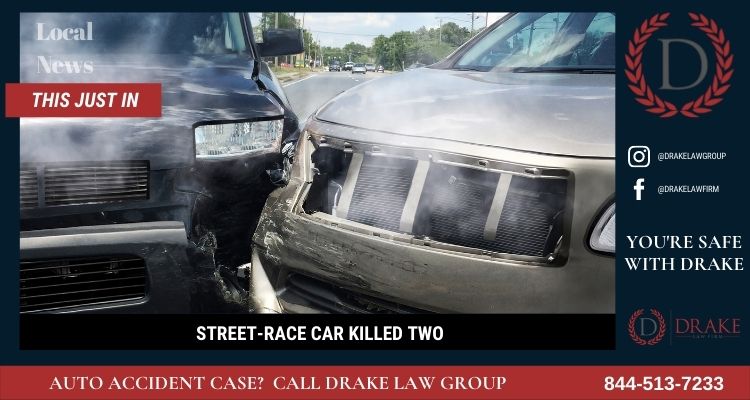 Two killed in crash on 91 Freeway at Wilmington Boulevard

Two people were killed in a suspected street racing crash on the Riverside (91) Freeway in the Compton area at Wilmington Boulevard.

A 911 call was received about a crash on the eastbound 91, west of Acacia Avenue, at 12:37 a.m. on Saturday, according to the California Highway Patrol.

When CHP arrived to the scene, first responders discovered a vehicle wrapped around a pole. Los Angeles Fire Department firefighters pronounced the two occupants deceased at the scene.

The CHP said the ensuing investigation revealed that the parties were traveling in a group of street racers on the eastbound freeway when a Honda struck the left side of a Toyota 4 Runner, sending the Toyota into the right dirt shoulder, where it struck a pole.

The Toyota's driver, a 24-year-old Huntington Beach man, and his passenger, and 18-year-old El Monte woman, were killed.

The Honda fled the scene. Anyone with information about the crash or the suspect's vehicle is asked to contact Officer A. Phillipson at the CHP's South Los Angeles area office at 424-551-4000.