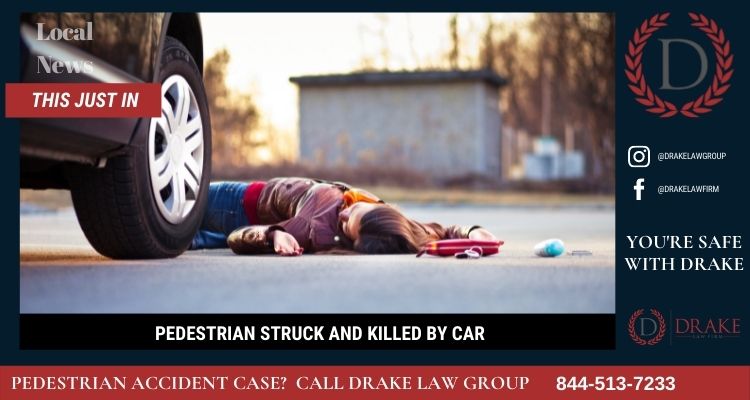 Pedestrian Dies After Getting Hit By Car In San Jose

SAN JOSE (CBS SF) — A pedestrian died after being hit by a vehicle in San Jose Thursday evening, police said.

The collision happened at around 9:04 p.m. in the area of Monterey Road and San Jose Avenue just east of Highway 87.

San Jose police said a preliminary investigation found a man was walking in the northbound lanes of Monterey Road, outside of a marked crosswalk, when he was struck by a Honda Civic that was traveling in a northbound direction on Monterey Road.

The victim was taken to a hospital where he died of his injuries. His identity was withheld pending notification of his family members. The man who was driving the Honda remained at the scene and cooperated with investigation, and neither alcohol or drugs were believed to be a factor, police said.

It was the 32nd fatal collision and the 33rd victim of 2021, police said. It was also the 13th fatal pedestrian collision of 2021. Anyone who witnessed the crash or has any information was urged to contact Detective Malvido #4206 of the police department’s Traffic Investigations Unit at 408-277-4654.