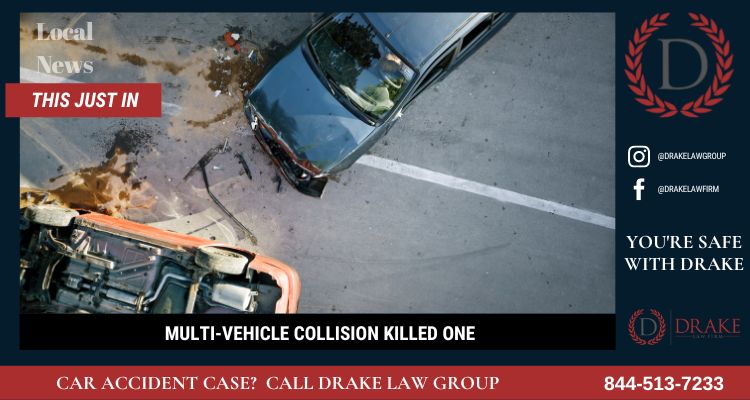 One person was dead and two others injured in a multi-vehicle crash on the 91 Freeway in Long Beach Wednesday morning.

The collision occurred just before 1 a.m. on the area of the 91 Freeway near Long Beach Boulevard.

California Highway Patrol officers found one woman dead as a result of the crash, and two others suffering from injuries.

Investigators learned that one of the vehicles involved collided with the rear of a second vehicle, at which point the first vehicle was spun around and facing the wrong direction.

A third vehicle, traveling in an adjacent lane, then crashed head-on with the first vehicle.

The woman was believed to be inside of the first vehicle, and had sustained fatal injuries as a result of the first crash.

Her identity was withheld pending notification of next of kin.