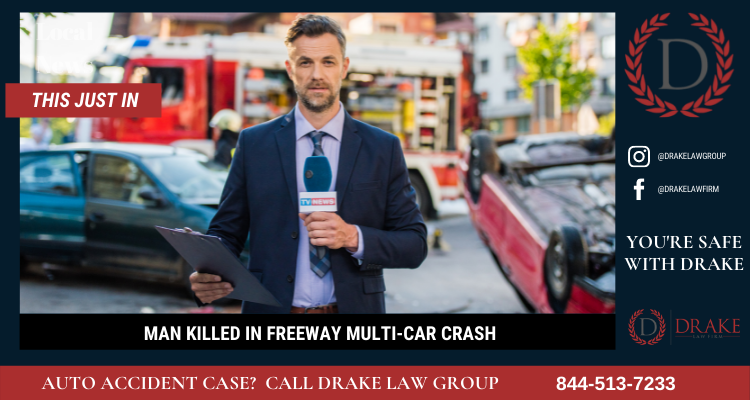 A man killed in a four-vehicle crash on the 101 Freeway in Sherman Oaks was positively identified Monday, but another ID, for a person who died in a hospital, was pending.

Felix Hernandez Pena, 50, was a Santa Maria resident, according to the coroner's office. Officers said a 15-year-old boy died at a hospital. A 53-year-old man was hospitalized with moderate injuries. They also were from Santa Maria.

A 20-year-old Los Angeles woman driving a 2008 Honda rear-ended a 2019 Isuzu box truck, causing both vehicles to careen toward the center divider wall. The Isuzu entered the westbound lanes and was struck by a 2017 Honda driven by a Reseda woman who was hospitalized with major injuries.

The woman driving the 2008 Honda was taken to a hospital for treatment of moderate injuries, and Geraty said she was arrested after alcohol was determined to be a factor in the crash.

A 2016 Dodge, also in the westbound lanes, was struck by concrete debris caused by the destruction of the center divider wall and that driver escaped injury, the officer said.

"The collision with the center divider wall, and subsequent collision from the 2017 Honda, caused significant intrusion to the passenger compartment of the Isuzu," Geraty said. "Two passengers from the Isuzu suffered fatal injuries as a result of these collisions."

The CHP's West Valley office urged anyone with information regarding the crash to call them at 818-888-0980.