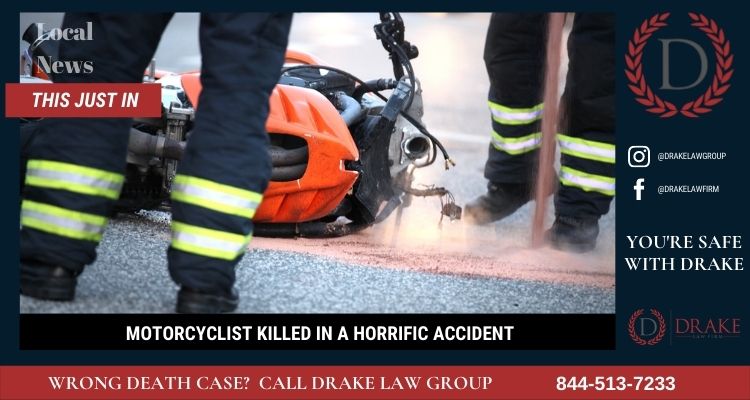 MOUNTAIN VIEW (CBS SF) — A motorcyclist was killed in a horrific crash on an overpass above U.S. Highway 101 in Mountain View early Saturday morning.

A California Highway Patrol spokesman said the crash happened at 2 a.m. at the 101/Highway 85 juncture.

Initial reports to dispatchers indicated a pedestrian in the roadway of southbound 101 at Highway 85. The pedestrian was wearing a helmet but there were no motorcycles seen in the immediate area.

Officers arrived and found the person who was dead at the scene, and well as a red Kawasaki motorcycle at the bottom of the northbound 85 flyover to northbound 101.

The investigation determined that the motorcyclist was heading on the northbound 85 ramp to northbound 101 and for some reason lost control and collided with the concrete barrier, the CHP said. The collision ejected the motorcyclist who plummeted to southbound Highway 101 directly below the 85 flyover, landing in the No. 1 lane.

Three lanes of southbound 101 were blocked during the investigation for about two hours. The crash remained under investigation and it was not known if alcohol and/or drugs were a factor.

Any witnesses were encouraged to contact Officer Iribe Lopez at the Redwood City CHP office, (650) 369-6261