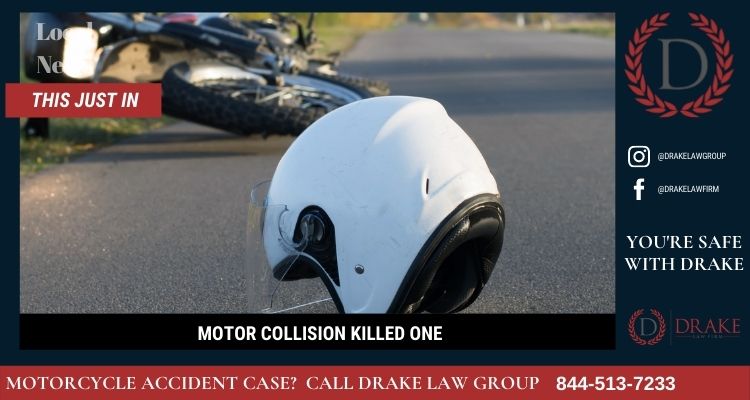 Robert Tellez, 41, of Palmdale, was pronounced dead at the scene of the collision, which happened around 8:21 p.m. Friday, July 30, on 170th Street East at Avenue N-12, according to a California Highway Patrol report and the Los Angeles County Coroner’s Office.

Tellez was riding a 2001 Suzuki GSX-R1000 northbound on 170th Street East when his bike collided with the right side of a 2013 Honda Civic that was making a left turn onto Avenue N-12 from southbound 170th Street East, the CHP report states.

Tellez was ejected from his bike and sustained fatal injuries. The Civic’s driver, 71-year-old Martha E. Gonzalez of Lancaster, was not injured in the collision, according to the CHP report.

“The involvement of alcohol and/or drugs is not suspected to be a factor in this crash,” the CHP report states.

Anyone with information regarding this collision is encouraged to contact Officer R. Novak, ID 20749, at the CHP Antelope Valley Area office at 661-948-8541.