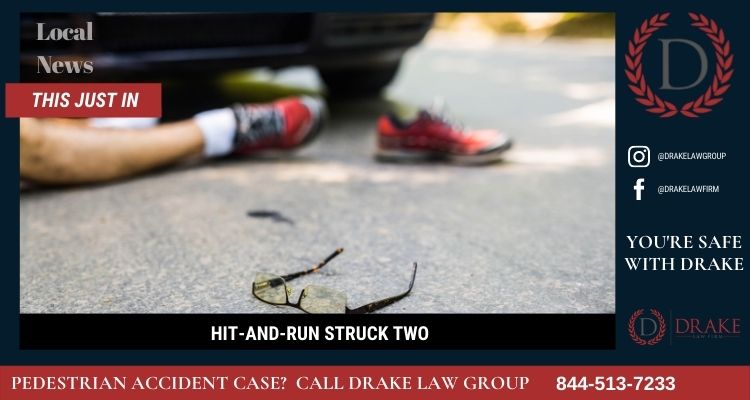 SAN FRANCISCO, Calif. (KRON) — A young man is fighting for his life after a hit-and-run accident at the intersection of Polk and Hayes in San Francisco.

The man was walking with his girlfriend when a Chevy Avalanche and Audi A-6 crashed and the Avalanche then hit the two pedestrians.

The woman died on the scene.

The driver of the Avalanche ran away — but has since been arrested.

The victim’s mother told KRON4 his whole life changed in a blink of an eye.

He and his girlfriend just moved here in March and now he’s in the hospital — sedated and trying to recover.

Daniel Ramos’ mother Rita Ivari says she could never imagine anything like this happening.

“It truly is a nightmare and you want to wake up because you wonder why it would happen to two beautiful people who were so full of life,” she said.

Daniel and his girlfriend, Lovisa were at the intersection of Polk and Hayes Street on May 18 when they were hit by a car during an accident.

A Chevy Avalanche and Audi A-6 crashed.

The driver of the Avalanche hit the couple then ran away.

“He obviously knew what he had done,” Ivari said. “He got out of the vehicle and walked away, eft the scene without giving a care or a thought about our children. He could have called 911.”

Police arrested the driver of the Avalanche — 57-year-old Virgil Woods on Friday.

Ivari says she flew in from Denver to be by her son’s side as soon as she could.

She is being patient and staying positive.

“We just have to take every injury one at a time,” she said. “Right now they are trying to work on his lungs to get them to do things on their own.”

He is still in the hospital and sedated.

Ivari says she visited the crash and says she sees how it could be a dangerous area and has a message for drivers.

San Francisco police say although they have made an arrest, this still remains an open investigation.

Daniel’s mother says she won’t leave until he can open his eyes and says he’s O.K.