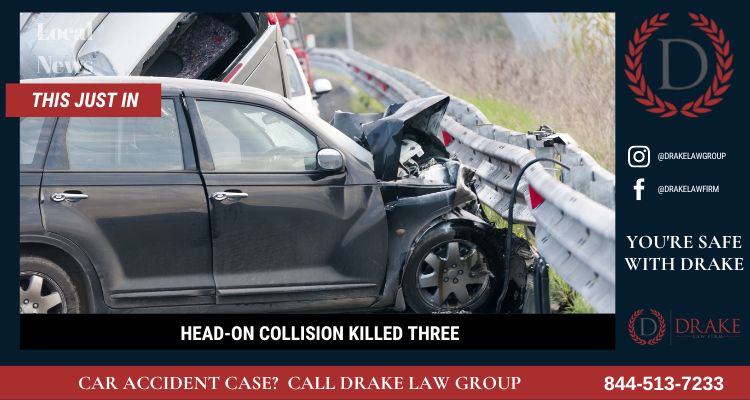 MERCED, Calif. (KFSN) -- Three people are dead after a head-on collision just outside of Merced.

The California Highway Patrol says a 34-year-old man from Merced was driving a Jeep westbound and for an unknown reason, went into the eastbound lanes.

It hit a Nissan driven by a 38-year-old woman from Turlock.

The crash killed the two, plus a 34-year-old woman in the Jeep.

Officers say she was in the backseat and wasn't wearing a seatbelt.

They say the roadway doesn't stand out for being unsafe, but it is heavily traveled.

"A lot of people use it to commute to avoid Highway 99 right now because of construction, but we get a fair number of crashes there," says CHP Officer Eric Zuniga. "It's a pretty busy roadway."

Officers have not publicly identified the victims and they're still investigating what led up to the collision.

They say they're looking into whether drugs or alcohol played a role.