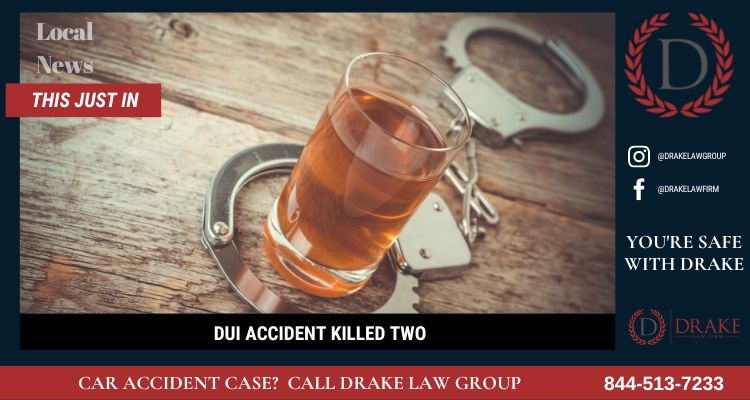 LEMOORE, Calif. (KFSN) -- "I knew he didn't die alone, and I know before that moment, I'm pretty sure they were having some laughs," says Alberto Verduzco Jr.

Minutes later, they were hit and killed in a tragic crash on Jersey Avenue, West of 17th Avenue.

CHP officers say the suspect, Santana Yanez, was driving under the influence and speeding when he crashed into the victims' car.

Family and friends of the victims are now grieving.

"I still have the voice message of when he called me that morning. I keep playing it. That is the last voice I hear from him," says Verduzco Jr.

Verduzco Jr. says he is still shocked that his father is no longer here and says it wasn't long before he met the son of his father's friend, Jonathan Lugo, who is feeling the same pain.

"I might have lost a father, but I gained two brothers," says Lugo.

Since the crash, they've learned a lot about the bond between their fathers. They quickly realized how much they had in common, like their love for soccer.

"I told them, just so you know, that was my dad too, everything you are saying, my dad too."

Both say their fathers always had a smile on their faces.

"He never had anger in his heart. He was always giving," said Verduzco Jr.

"My dad was a very good person. He was my tree trunk," said Lugo.

CHP says Yanez sustained major injuries and is still in the hospital as the investigation continues.

Officers say there is surveillance video from the casino they're looking through to see what happened moments before the crash.

At this time, Yanez has not been booked with anything pending the investigation while he recovers at the hospital.