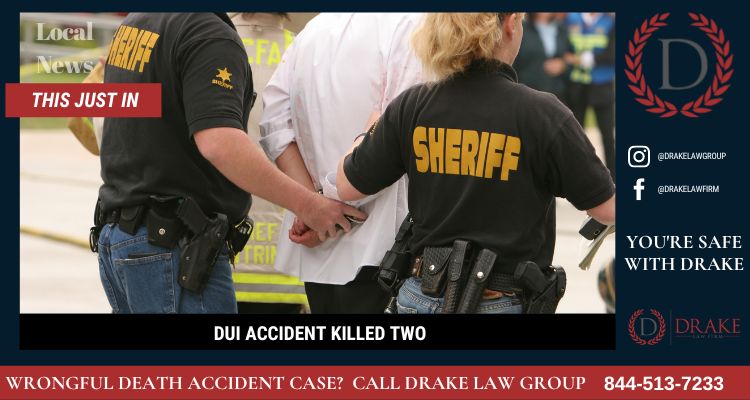 A Dos Palos man suspected of driving intoxicated has been arrested after a fiery crash killed his two passengers north of Dos Palos on Wednesday, according to authorities.

At 4:21 p.m., officers responded to the scene of a collision on Highway 33 near Cypress Road, according to a California Highway Patrol news release. Authorities said according to an initial investigation, it appears 28-year-old Jesus Garcia of Dos Palos, was driving a 2004 Hyundai south along Highway 33 at an undetermined speed speed with two passengers.

The CHP said that due to his intoxication, Garcia lost control of the vehicle, which traveled into the northbound lane while spinning clockwise. The vehicle’s passenger side then struck a power pole located on the east edge of the roadway causing the power pole to break and block the northbound lanes, according to the release.

Authorities said the vehicle came to rest in a ditch where it caught fire and Garcia was able to exit the vehicle. Garcia’s two passengers were unable to escape as the fire fully engulfed the vehicle, according to the CHP. Both of the passengers were pronounced dead at the scene.

According to the CHP, Garcia displayed signs and symptoms of alcohol intoxication and was arrested on suspicion of driving under the influence and gross vehicular manslaughter.

The crash caused a closure of Highway 33 and traffic was diverted to Denten Road, Palm and Eucalyptus avenues. According to the CHP, the collision remains under investigation.