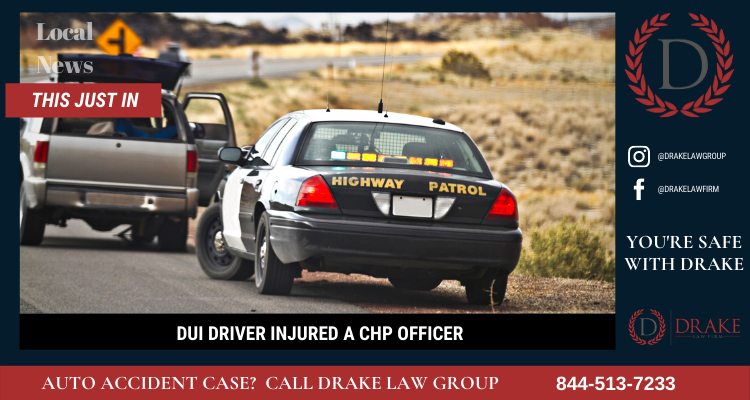 A California Highway Patrol officer was injured after being hit by a vehicle while helping a disabled motorist on Interstate 5 Thursday morning.

According to a report from CHP Stockton, the officer was on the right shoulder of northbound I-5, north of SR-4, helping the driver of a broken-down vehicle when just after 7 a.m. a man driving an Audi lost control of the car. The Audi struck a Chevy, causing minor damage, before hitting the CHP officer and a Ford.

The CHP officer and the driver of the Ford were both taken to a nearby hospital with minor injuries. The major incident caused all lanes of northbound I-5 near SR-4 to be blocked for less than an hour.

The driver of the Audi, identified as 39-year-old Anthony P. Apodaca, was arrested for violation of driving under the influence.

All lanes of northbound I-5 have reopened, according to a tweet from CalTrans District 10.

A portion of Interstate 5 was closed Thursday after an early morning collision, according to the California Highway Patrol, Stockton.

The major incident happened on I-5 at SR-4/Crosstown Freeway, according to a tweet from CalTrans District 10, No specific details are known about what caused the collision or how many cars were involved.

CHP - Stockton announced in a Facebook post just after 7:30 a.m. that all lanes of I-5 at SR-4 were closed and traffic would be divert to eastbound SR-4 as crews worked the scene.  As of 8 a.m., two lanes of I-5 have been reopened. Workers do not know how long it will be before the rest of the remaining lanes are open again.