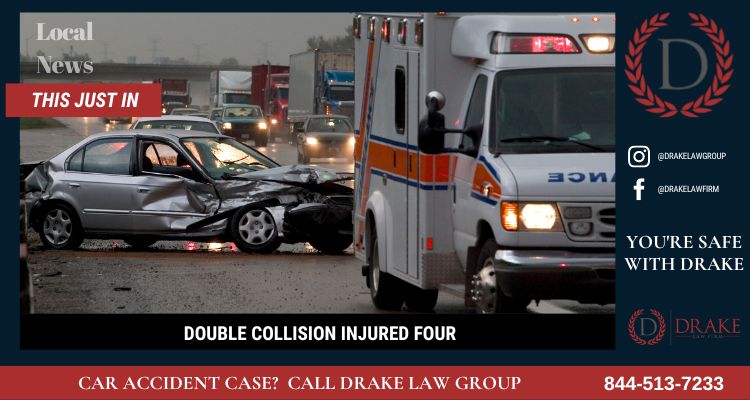 One person was killed and four people were hospitalized Saturday afternoon as result of a three-vehicle crash in Palmdale.

The crash was reported at 4:29 p.m. at 55th Street East and Palmdale Boulevard, according to Los Angeles County Fire Department Dispatch Supervisor Bernard Peters. One person was pronounced dead at the scene, Peters said.

One of the injured was airlifted to a hospital and three were transported by ambulances, Martinez said.

A news videographer at the scene said the person killed in the crash was a 70-year-old man. He said that two people, rather than one, were airlifted.

The videographer also said the car making the left turn was a Mercedes GLE 350, which was rear-ended by a Nissan Maxima that also crashed head-on into a Mazda CX. He said the Nissan driver was killed, his passenger was critically injured and two people from the Mazda were the airlifted patients. He added that one person declined transport to a hospital.