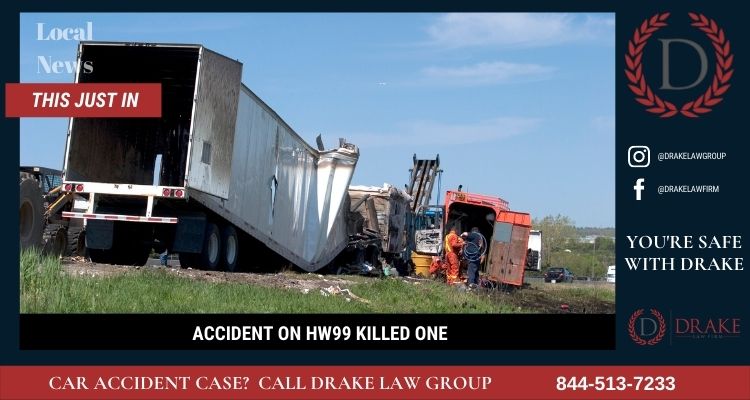 A Clovis man was identified Sunday as the person killed a day earlier in a crash along Highway 99 in Fresno that also involved a Caltrans worker and an empty school bus and snarled southbound traffic for hours.

First responders extricated the 31-year-old man, identified as Felipe Garay, from a Honda Civic. He was taken to Community Regional Medical Center, where he later died, according to the California Highway Patrol.

Garay’s age originally was listed as 32, but corrected Sunday afternoon when his name was released by Tony Botti, the Fresno County Sheriff/Coroner’s Office public-information officer.

The crash happened at 8:20 a.m. CHP Public Information Officer Mike Salas confirmed just after noon Saturday that Garay had died of his injuries.

Fully marked and lighted Caltrans crews were sweeping the center median while accompanied by a CHP patrol vehicle when the Civic ran into the back of the Caltrans vehicle in the No. 1 lane, Salas said.

The Honda veered into a 2019 Freightliner big rig, which then hit a 2014 Thomas school bus with no children onboard, he said.

The crash shut down the southbound lanes of Highway 99 from Ashlan to Herndon avenues into the afternoon while investigators worked the scene.

A Caltrans employee, 42-year-old Ryan Smith of Fresno, was taken to the hospital for minor injuries to the neck, back and shoulders. The big rig driver, Gurdarshan Singh, 41, of Turlock, and bus driver, Ivy McDonald, 62, of Fresno, were not injured, according to the CHP.

Investigators said the Clovis man and all others in the crash were wearing seat belts. It’s unknown if drugs or alcohol were involved, Salas said, but it was suspected that speed was a factor.

The freeway was not fully reopened until just before 4 p.m. while a CHP multidisciplinary accident investigation team worked to investigate the crash.

“Plan on taking some alternate routes,” Salas said as the delay continued. “If you could avoid the area at all costs, please do. We do have a lot of police activity here on scene right now.”