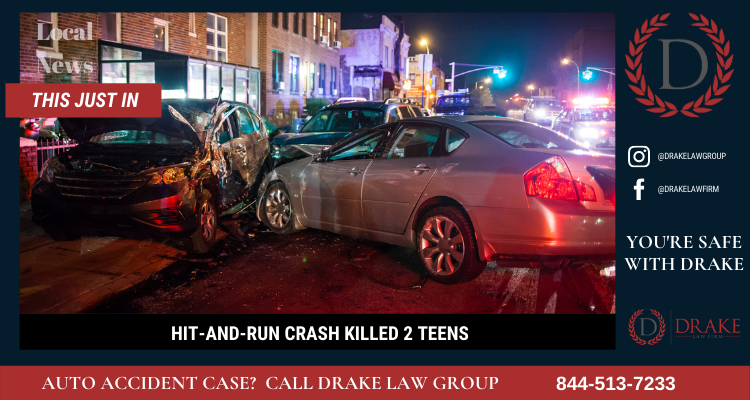 PALMDALE (CBSLA) – The outpouring of emotion was almost as swift as the crash after word quickly spread that two teenagers died at an intersection in Palmdale.

The crash happened around 10:30 p.m. Saturday night as a grey Honda Civic was heading west on Avenue O-8. It was entering the intersections when detectives with the Los Angeles County Sheriff’s Department say the driver of a black Chrysler ran a red light and slammed into the Honda.

Two teenagers in the Honda – an 18-year-old driver and his 17 year-old-passenger – both died.

The driver of the Chrysler abandoned his car on the scene and ran off on foot.

Investigators say this wasn’t the suspect’s first crash that night: it’s believed he ran the red light while fleeing from a smaller accident scene a couple of blocks away.

As authorities are searching for the missing driver, those who live around the area say they want something done to slow people down.

“When I was a kid you never heard of this stuff, now it’s like a daily occurrence,” said one neighbor.