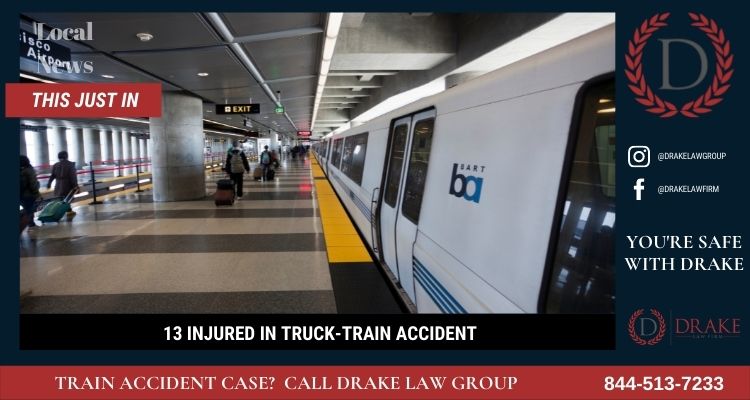 The accident occurred shortly after 10:30 a.m. in San Bruno when the Caltrain hit a truck with a crane that was working on the transit system’s electrification project to switch to electric-powered engines, the transit agency told KNTV-TV.

Six of the injured were taken to hospitals. However, none of the injuries were considered life-threatening, Caltrain spokesman Dan Lieberman said.

Video showed the overturned truck and the front of the train in flames, with flames trailing along the tracks under the train before firefighters put out the blaze.

The crash is under investigation.

“We’ve been doing this construction work since 2017 without an incident like this, so it is not clear what went wrong,” Lieberman said.